I’m currently working on a project that requires a cheap, low-power micro-controller that’s programmable through Arduino and has a few more pins than the “standard” ATtiny85 micro-controller. That’s where I found the ATtiny84 and the ATtiny2313. It has many of the same features as the ATtiny85, but has 12 I/O pins / 18 I/O pins instead of six. But now we have to program these new additions. But first let’s have a look at the differences between these three options.

As it turns out, a lot of work has already been done to program ATtiny micro-controllers from Arduino, which makes this pretty easy. To start, connect an Arduino (Nano etc.) to the ATtiny 84 / 1313 using the Arduino as ISP configuration. I’ll be using a 3.3V Arduino Nano to keep everything nice and tidy on a breadboard. Connect the Arduino to your computer, open the Arduino IDE and select File > Examples > 11.ArduinoISP > ArduinoISP. 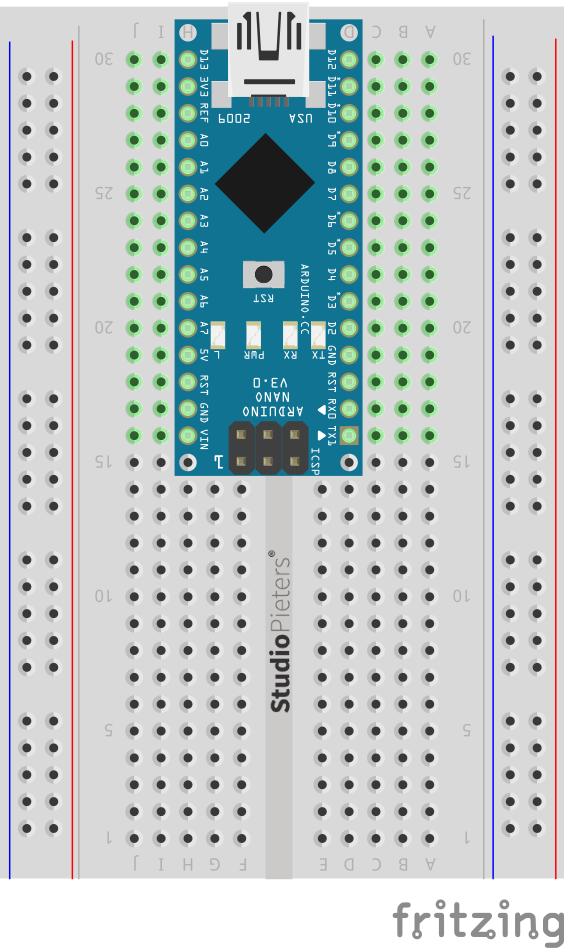 Select your Board from Tools (Arduino Nano in this case), choose the serial port and upload the ISP sketch to the Arduino. Note that in this first step, we’re programming the Arduino to act as an in-system programmer (ISP), which we’ll use to send compiled programs to our target micro-controller (ATtiny 84 / 2313 ).

Once you have uploaded the ISP sketch, place a 10μF capacitor across RESET and GND of the Arduino board (watch the polarity – for electrolytic and tantalum capacitors, make sure the side with negative markings, “-“, is connected to GND). Many Arduino boards are configured to reset when avrdude (the tool that Arduino uses to upload code to Atmel AVR micro-controllers) begins communication across the serial line. We can prevent that from happening by adding the capacitor. 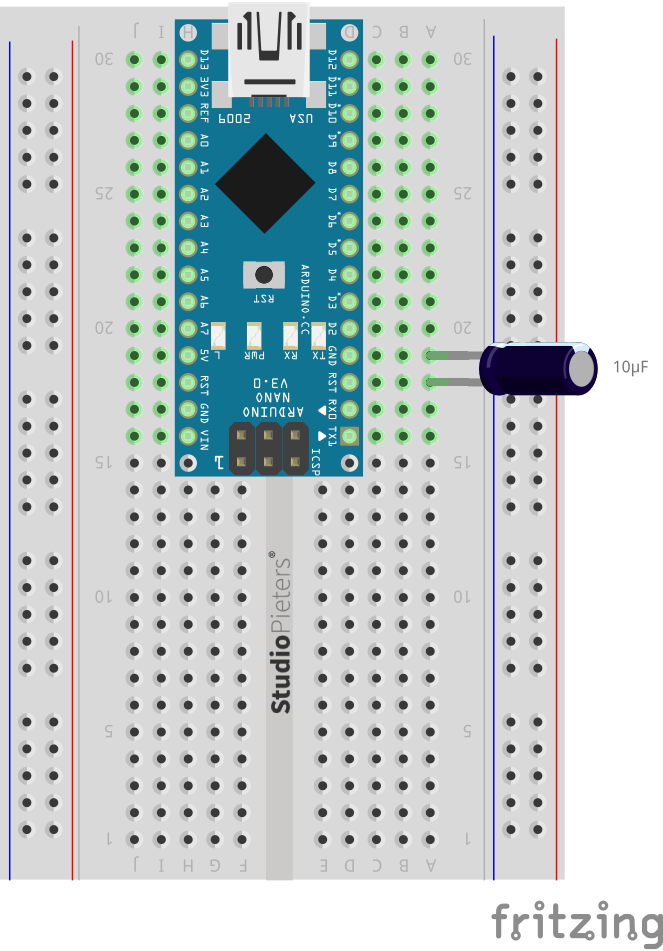 10μF capacitor added between RST and GND on the Arduino nano

At this point, we have the Arduino configured as a programmer for the ATtiny.

Let’s connect the necessary pins together. We need to connect the MOSI, MISO and SCK pins of both boards together (refer to the IC pin out), and Digital Pin 10 of the Arduino Nano to the ATtiny.

Open the  Arduino IDE Software then go to Arduino > Preferences. You will see Additional Boards Manager URLs. Add this link there, by pressing the rightmost icon. and ad this link: http://drazzy.com/package_drazzy.com_index.json 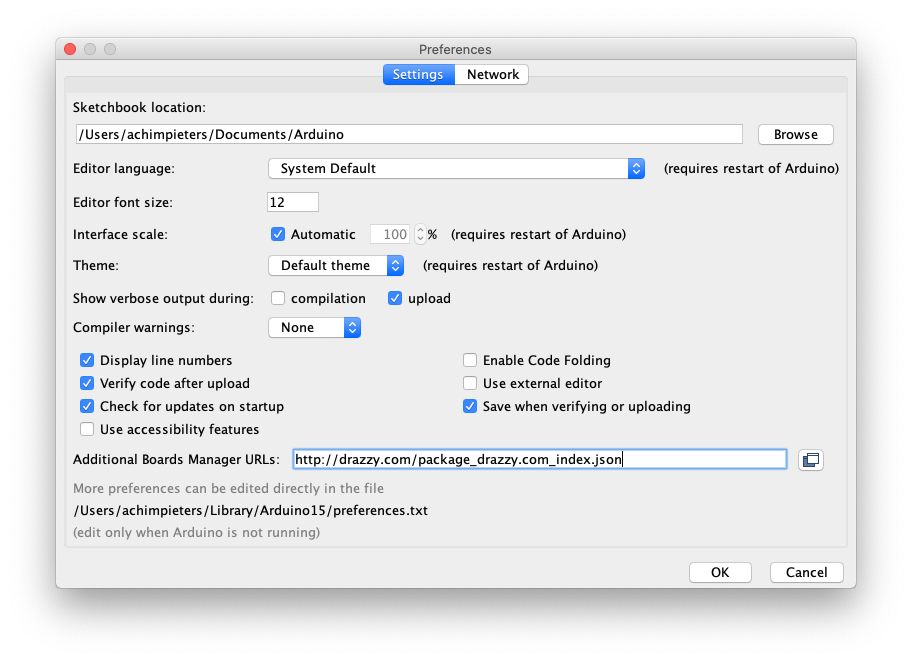 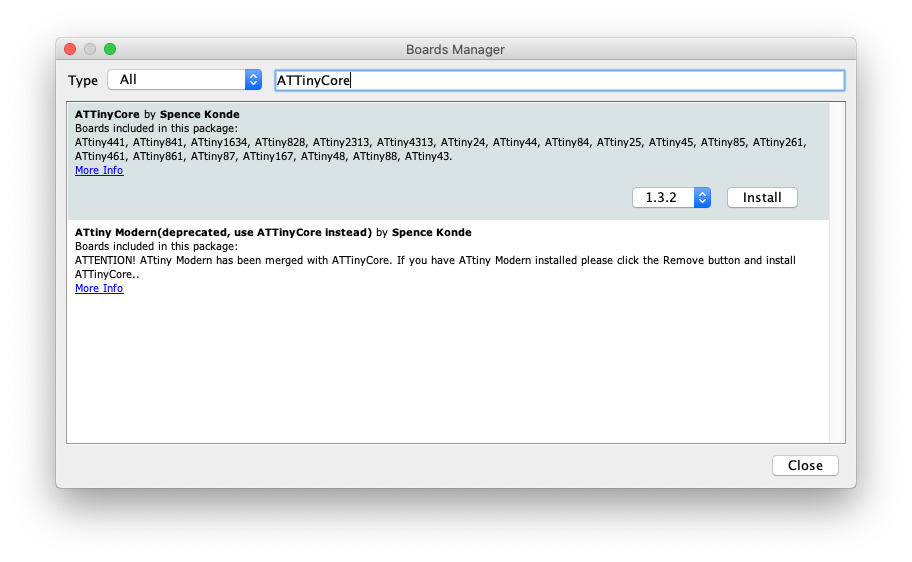 UPLOADING SKETCH TO ATTINY85 DEVELOPMENT BOARD

Make sure that the connections are as stated as described here above. Open the program / sketch you want uploaded to your ATtiny. Go to Tool and setup the following.

Then make sure Arduino as ISP is selected under Tools -> Programmer. By default the ATtiny85 runs at 1MHz. To make it to run at 8MHz select Tools -> Burn Bootloader.

That’s it your done. you can now program your ATtiny!