Through some researches I did online on how to minimize components use, I stumbled with using an ATTiny85 chip to be used in the project. And through some more researching, I decided to have my new project done using the ATTiny85 Chip.

The notch at the top of the chip indicates where pin 1 is, then the count continues consecutively counter-clockwise. Now, let’s look at the ATtiny85. 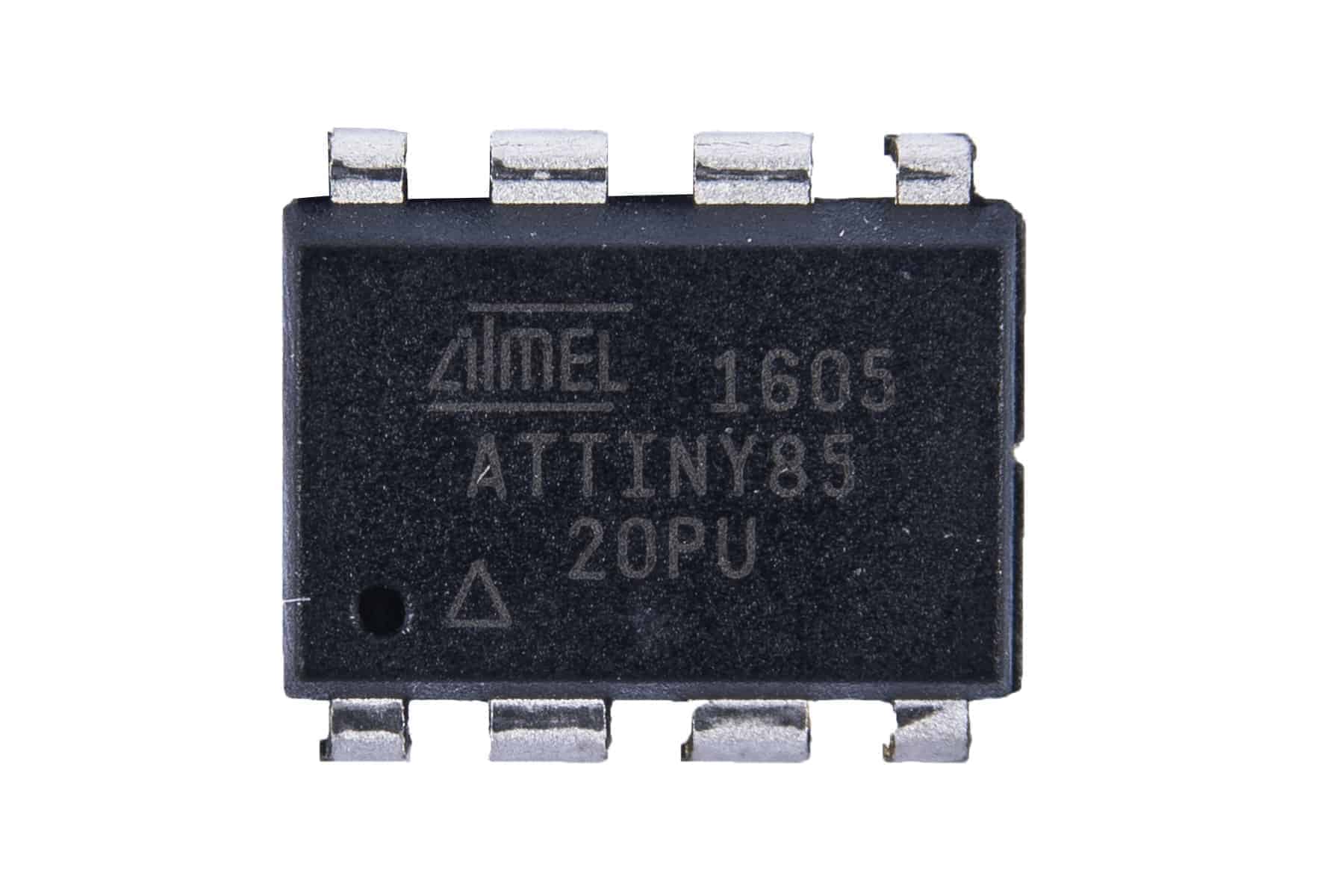 Let’s connect the necessary pins together on both boards.

We need to connect the MOSI, MISO and SCK pins of both boards together (refer to the IC pin out), and Digital Pin 10 of the Arduino Nano to P5 of the ATtiny85.

Add a 10uF capacitor between RESET and GND in Arduino. This is to avoid Arduino Nano from being auto reset when we upload the program to attiny85. If you are using a electrolytic capacitor make sure the anode goes in GND of  Arduino Nano.

There are two things we need to set up to successfully program the ATTiny85.

Open the  Arduino IDE Software then go to Arduino > Preferences. You will see Additional Boards Manager URLs. Add this link there, by pressing the rightmost icon. and ad this link:

UPLOADING SKETCH TO ATTINY85 DEVELOPMENT BOARD

Make sure that the connections are as stated as described here above. Open the program / sketch you want uploaded to your ATtiny85. Go to Tool and setup the following.

Then make sure Arduino as ISP is selected under Tools -> Programmer. By default the ATtiny85 runs at 1MHz. To make it to run at 8MHz select Tools -> Burn Bootloader.

Now open the Blink example from arduino examples and change the pin number from 13 to 0 and upload.

You can see the above message if everything was successful. Now we have upload the blink program to ATtiny85 and now lets test it out.

Now its time to test. Remove all connections from Arduino and take a power source. Here I will use a button cell to power ATtiny85. 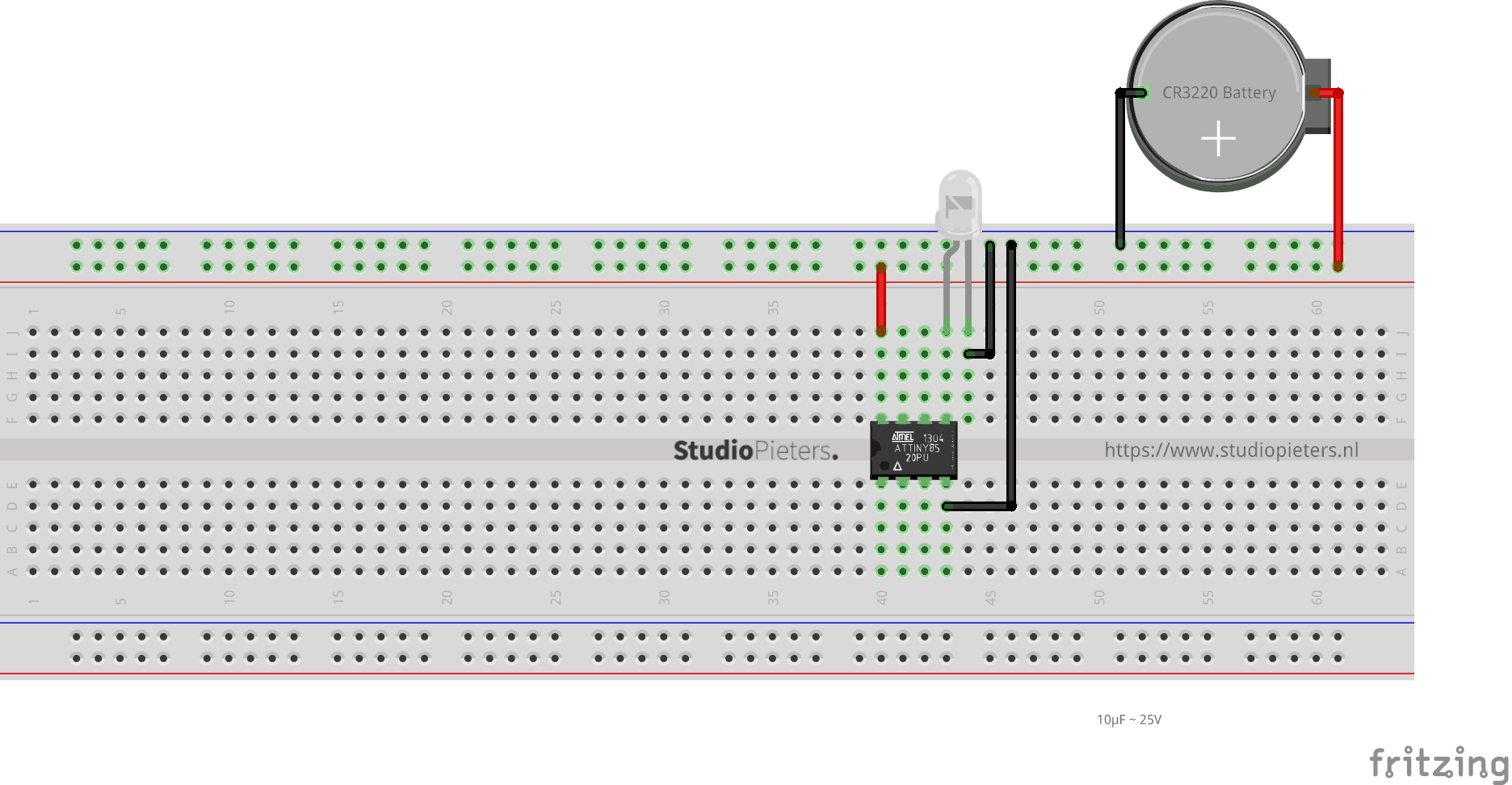 There it is the blink program running on a ATtiny85 with just a battery cell to power it. You can do many projects with low cost, low power and low space. Only your imagination is the limit here and the number of PWM pins of course.