For those who follow my blog know that I have a 3D printer. they also know I am thinking up and creating everyday solutions with my 3D printer. By drawing 3D models I learn “playfully” more and more. I sometimes made models in the past, which I later removed again, this is of course a shame. That’s why I want to share one of my 3D models with you here. If you like it you can download it at the bottom of this blog.This time I need cable clamps for my ceiling lamps.

My wife wanted two hanging lamps above the dining table. But there was no connection point above the table. So I had to bridge this part, but didn’t want to do it with an ugly white tube. I already had the idea to use an iron cord, this cord has a nice aesthetic and chic look. 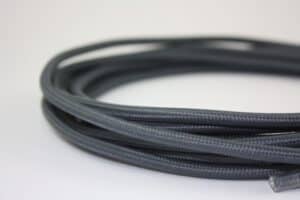 however, I had to figure out how to clamp this cable to the ceiling. Although it is not the first time that I make a solution with my 3D printer, here is the 3D printer is the solution again. I’m going to make cable clamps.

I use Fusion 360 for my models. Fusion 360 for personal use is a limited version that includes basic functionality, free for 1-year for non-commercial use. 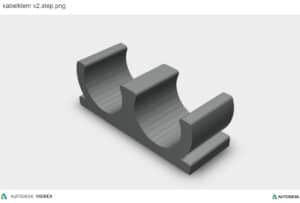 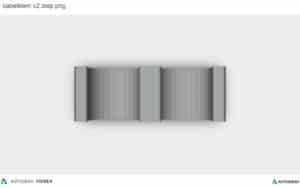 For mounting the clamps I used separate double-sided tape. Tesa® Powerbond Ultra Strong Pads Each Tesa® double-sided mounting pad can hold up to 6 kg in weight. So put away the drill and get sticking instead. Tesa® Powerbond Ultra Strong Pads are ideal for hanging heavy, flat objects to walls. Because they replace nails, screws and the need to drill, you don’t have to worry about damage to underlying surfaces such as tiles or wooden panels. The adhesive pads can fix any flat objects with a thickness of up to 10 mm and one pad is enough to hold a weight of up to 6 kg. So long as the pads are not exposed to water or direct sunlight, they’ll give you permanent and ultra-strong bonding power indoors and outdoors. 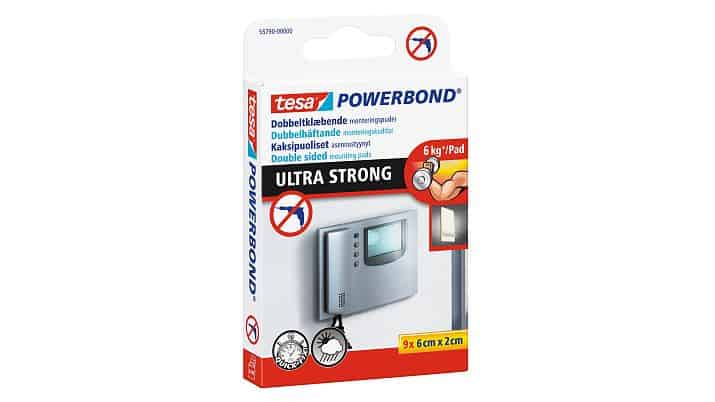 Here a animation of  the way I mounted the clamps to the ceiling.

The end result is a sleek modern look. Also one that nobody else has. Hope you like it as much as I do, maybe you can use it too or maybe it gave you a new ideas on some practical problem you have. Hope you like it! 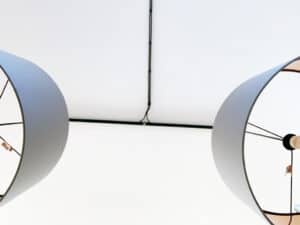