For a new ESP HomeKit project I need a Motion Sensor. There are Serveral options out there, but the most common ist the HC-SR501 Passive Infrared (PIR) Motion Sensor. Becuase there is more to it than just sense motion, I gonna explain the fuctions from this little device.

This motion sensor module uses the LHI778 Passive Infrared Sensor and the BISS0001 IC to control how motion is detected. The module features adjustable sensitivity that allows for a motion detection range from 3 meters to 7 meters. The module also includes time delay adjustments and trigger selection that allow for fine tuning within your application. This article discusses these various functions and demonstrates how to integrate them for use with your Arduino. 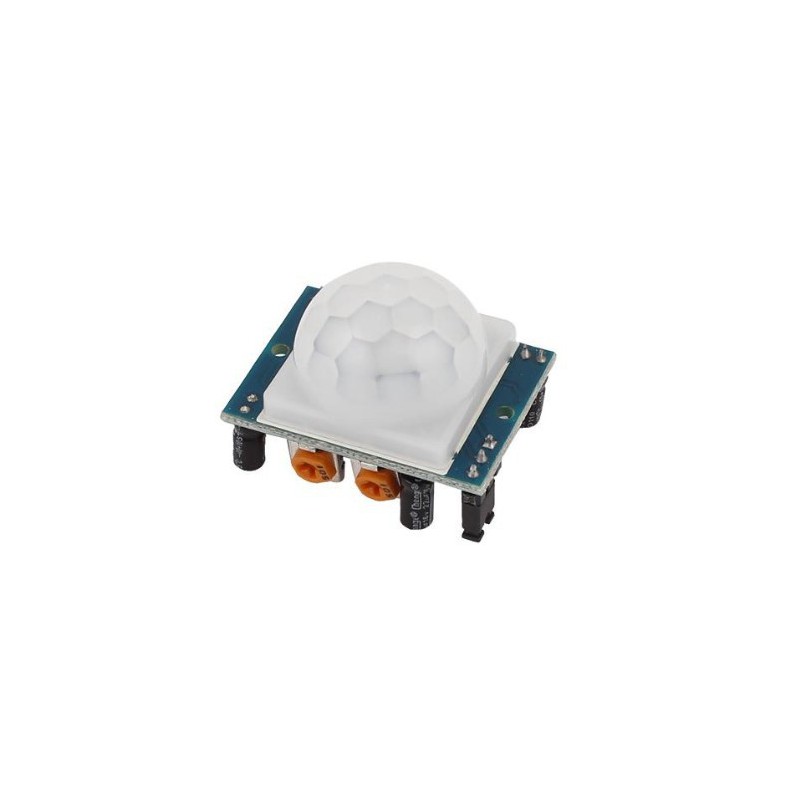 The pin-outs and controls for this device are shown in the picture below and described in the following table. 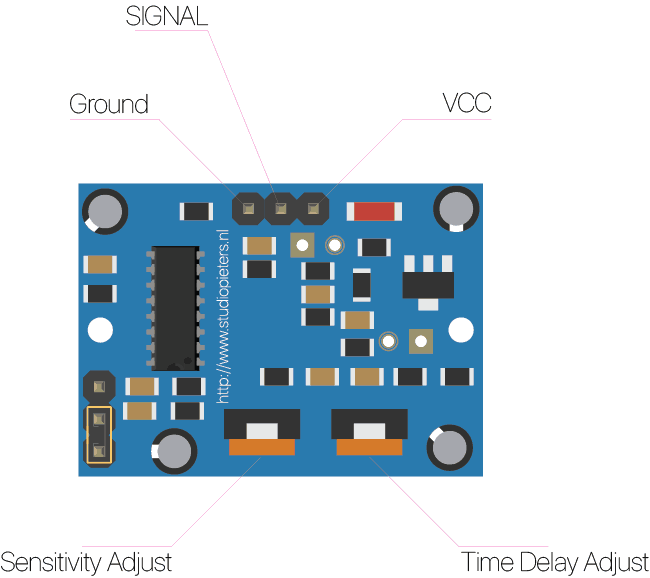 The device requires nearly a minute to initialize. During this period, it can and often will output false detection signals. Circuit or controller logic needs to take this initialization period into consideration.

The device will detect motion inside a 110 degree cone with a range of 3 to 7 meters.

As mentioned, the adjustable range is from approximately 3 to 7 meters. The illustration below shows this adjustment. You may click to enlarge the illustration. 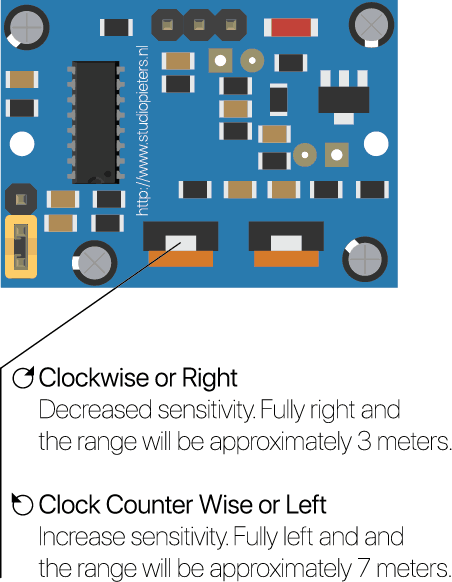 The time delay adjustment determines how long the output of the PIR sensor module will remain high after detection motion. The range is from about 3 seconds to five minutes. The illustration below shows this adjustment. 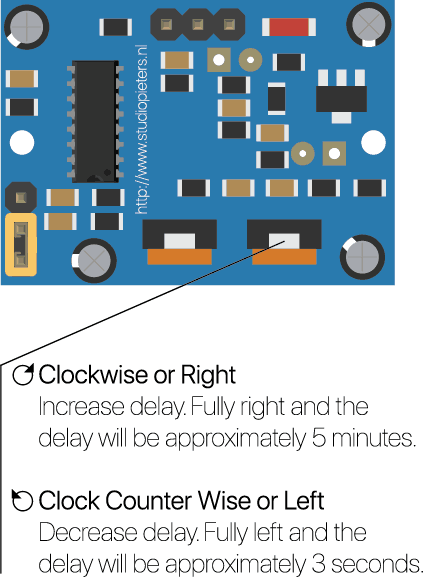 The output of this device will go LOW (or Off) for approximately 3 seconds AFTER the time delay completes. In other words, ALL motion detection is blocked during this three second period.

The trigger mode selection jumper allows you to select between single and repeatable triggers. The affect of this jumper setting is to determine when the time delay begins. 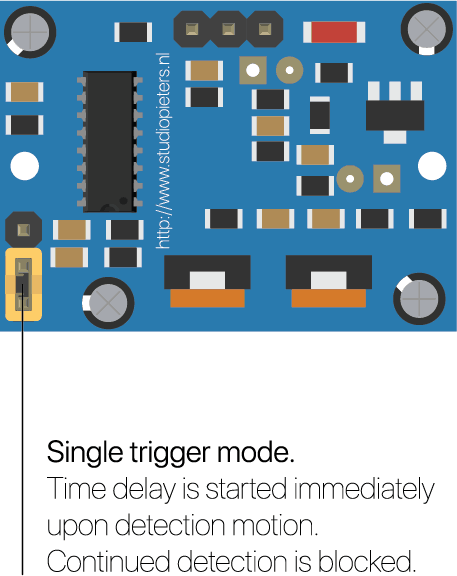 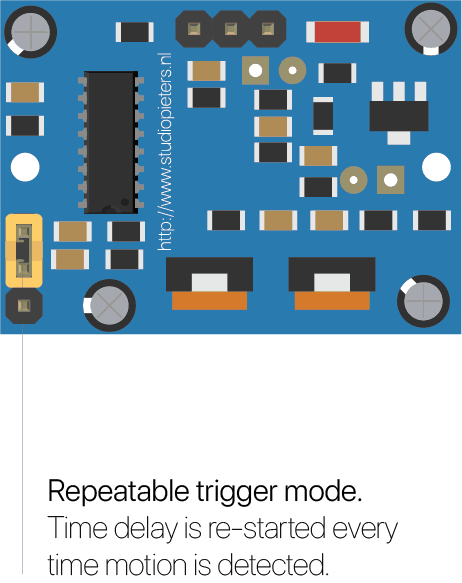 In this first example, the time delay is set to three seconds and the trigger mode is set to single. As you can see in the illustration below, the motion is not always detected. In fact, there is a period of about six seconds where motion can not be detected.

As I mentioned previously, you could override the 3 second blocking period with some creative code, but do give that consideration. Some of the electronics you use may not like an on and then off jolt. The three seconds allows for a little rest before starting back up.

So as you can see there’s more to it than just sensing a motion.