To get yourself a working environment go over these steps: 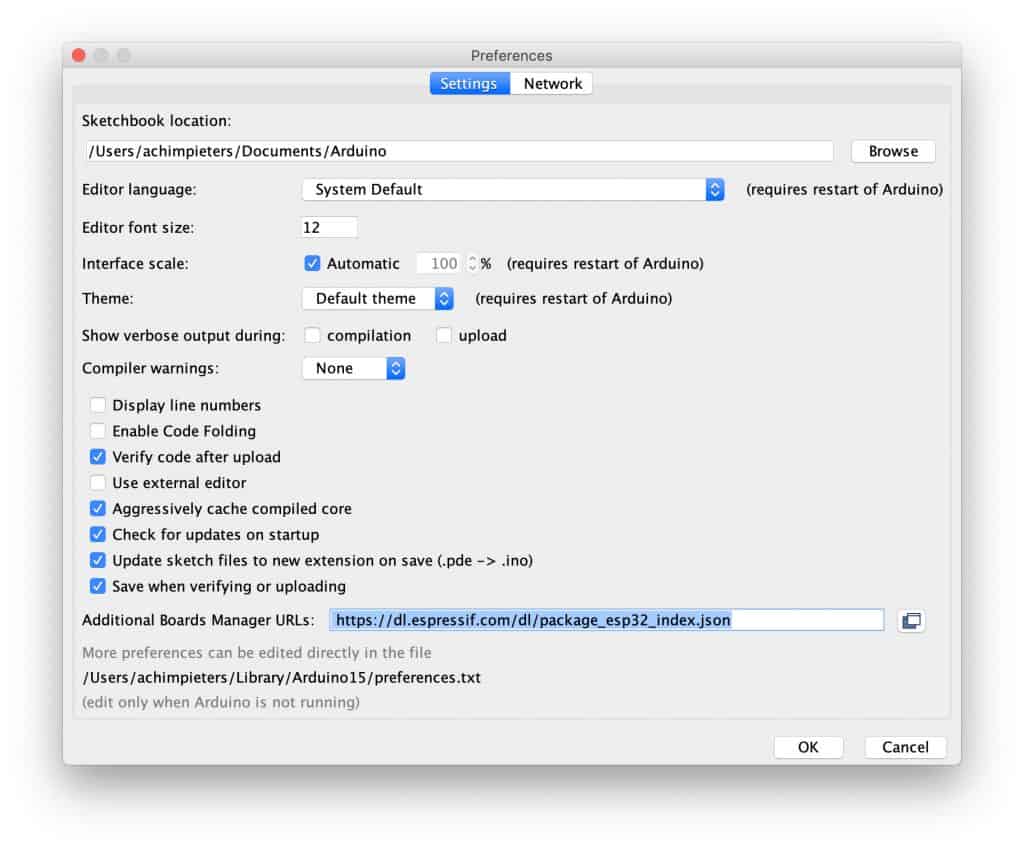 Go to Tools –> Board –> Boards manager

You should now have the esp32 as an option there since you’ve added it to the Additional Boards. Select it and press Install. 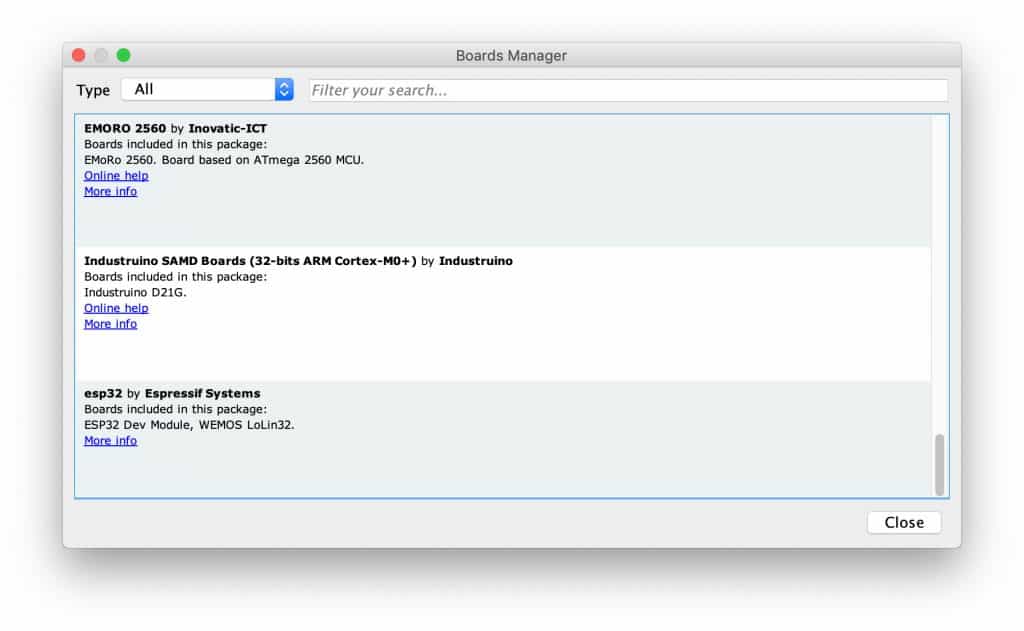 Now, You have the ESP32 boards configure. Choose the board you have, in my case “AI Thinker ESP32-CAM“.

Choose the ESP32 USB port when you connect your ESP module and you’re done! 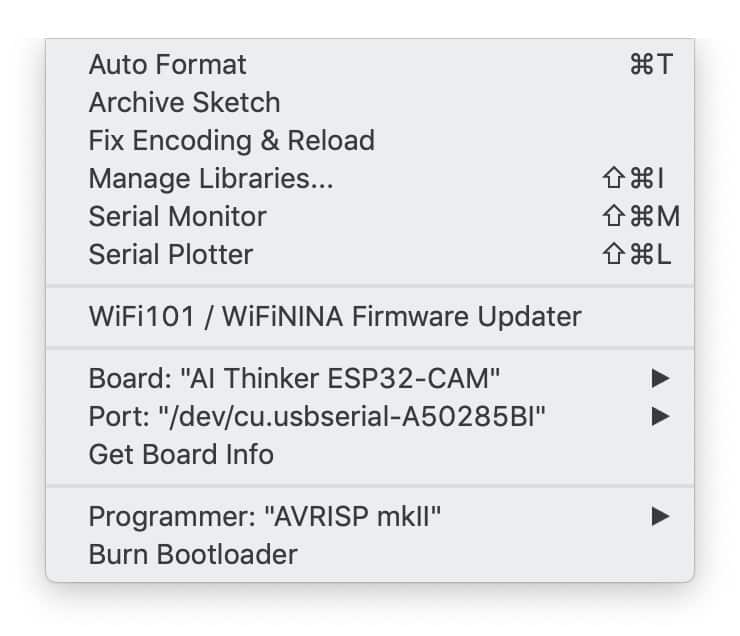 And that’s it, you are ready. From what I understood by digging through the files, the new code interpreting the common Arduino functions into a clear c++ code, then using the esptool to create a new firmware and flash it on the ESP32.

Writing a program to the ESP32

Flashing a program to the ESP32 is a bit more annoying than flashing an Arduino. When flashing the arduino, all you have to do is press the reset button and release while you upload a program (or even not doing anything if you have FTDI such as in arduino UNO,NANO, MICRO, etc.) and the arduino will start uploading. With the ESP32 you have to reset the micro-controller and start it in flashing mode using the GPIO0-to-Ground. 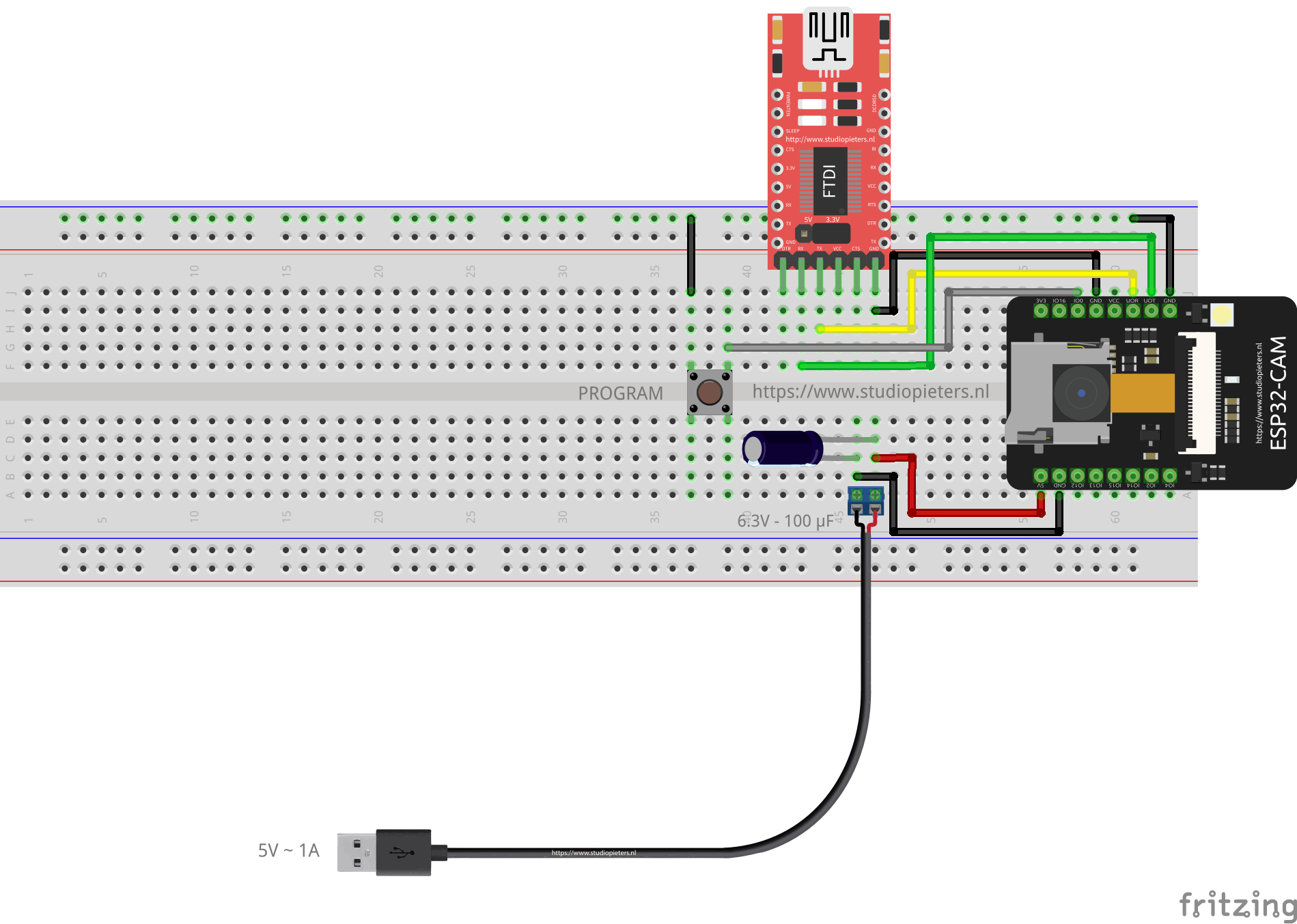 The sketch shows the ESP32 connected to FTDI Programmer with common GND.

NOTE: Be Sure that you hold the program button when you power on the CAM module, so it starts in Program mode!

Now your ready to program your ESP module. You can connect the USB cable from the FTDI programmer to your computer and open Arduino IDE. Happy programming.

Because I always use the Fritzing app to illustrate the hardware setup of a new project, I need a new fritzing part for future setup’s. So after some designing in illustrator this is the end result. 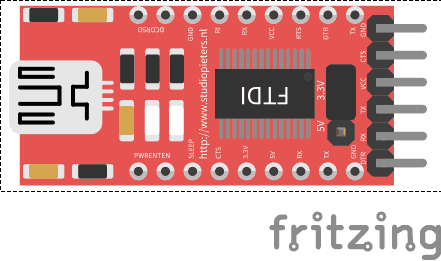 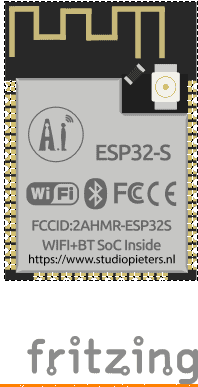 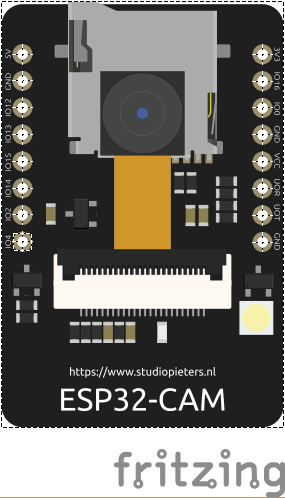 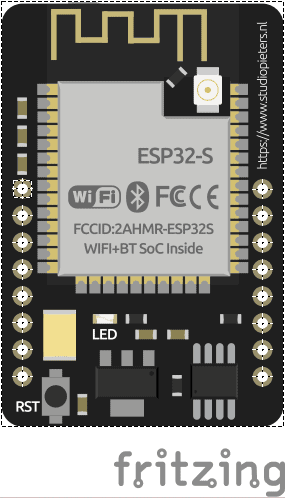